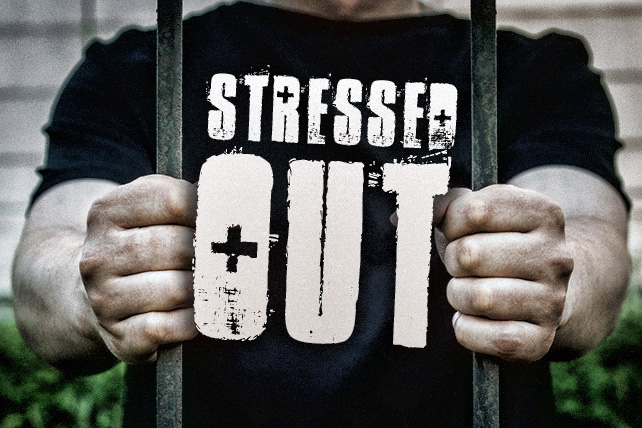 a bruised reed he will not break,
and a faintly burning wick he will not quench
-Isaiah 42:3a

Asher keeps telling us that he is, “sooo stressed out! Everyone is watching me and they all expect so much from me.” It’s not only getting old but it is irritating in its short-sightedness. You are getting stressed out?! I want to scream with incredulity. And of course, the staff want to see positive responses from you. It is the least of what will be expected of you within the community as a law-abiding citizen. But we reiterate the simple message that if he has really changed, he has nothing to fear. It is only if he is trying to hide something that he should be concerned. The staff are not seeking perfection, they are looking for the prooftexts of fundamental change. But nearing 16 is not exactly an age known for its wisdom and perspective. However, even with taking into account the ways that this upcoming transition is no doubt causing legitimate stress, it feels as though something deeper is going on for our son.

At our last visit, I asked one of his leaders about it. Mr. Dailey interacts with Asher regularly and knows my son quite well. I was anxious for his feedback.

Mr. Dailey acknowledged that something is going on for Asher but what is anyone’s guess. Asher’s peers are exhausted with listening to our son groan about how difficult the transition is going to be to move back into a home with two loving parents and supportive siblings in a home environment that is healthy and stable. For obvious reasons, their ability – and even desire – to sympathize with his struggles is limited. Mr. Dailey also confirmed what his peers were telling us. He isn’t sharing the details with anyone and just keeps using the same phrase over and over again. In Mr. Dailey’s estimation, Asher definitely has something of significance going on in his mind but until he is ready to share what it is, there is only so much help the program, staff, and even his peers can do.

It was not exactly what I wanted to hear.

We continued our conversation.

After reassuring me that he believes Asher is ready for reintegration, Mr. Dailey asked me about our decision to send our son to a small, Christian high school. A year ago, when we were first looking at the possibility of reintegration, we made the decision that Asher would attend a private school. We still believe that providing Asher with a smaller classroom and school experience will ensure that he is supported and cared for in ways a public school could not. Especially in our area where public high schools are huge. Plus, Asher went from being home educated to three years of one-room education at JCF. He has never been in a classroom with more than 10 other kids. He has never needed to move between classes, manage a schedule, let alone navigate the social structures of a traditional public school. Adding this to his questioning sexuality and our concerns for keeping a tight reign on his friend associations, makes public school seem foolhardy. But there is an application process to our Christian school and one of the questions at the end of the form asks if there is any additional information the school ought to know about the student.

Asher was incredibly troubled with that question when we initially provided him with the application last spring. He wasn’t sure what they expected him to say and asked for counsel from his leaders and Joseph and me. We all encouraged him to share what he believed he needed to say, but we also mentioned that making a bold statement about his sexuality was probably not wise and certainly not necessary. The school, like our home, does not approve of nor permit its students to be involved in sexual relations outside of marriage, and it is small enough that there are no dances – not as a doctrinal statement but because of logistics. Both those realities, like the no high school dating policy in our home, and his probationary restriction from dating makes Asher’s active pursuit of a sexual relationship of any kind a moot point. Plus, we would like to provide our son with as much freedom as possible to work through this challenging subject without feeling awkward for making bold statements he may later come to regret.

Fast-forward a year and the question remains on the application. Mr. Dailey believes Asher may still be struggling to understand what to say.

This is difficult for me to grasp. I don’t understand why it appears that many people who are homosexual believe it necessary to use that as their first point of identification. I never feel compelled to announce to people I barely meet that I’m heterosexual. It would never occur to me to write down my sexual orientation on any application or form that asked me for further information about myself. I automatically believe those questions are referring to hobbies, interests, learning challenges, medical issues, or whatever other relevant information that form might require.

But for our son, who appears to be almost consumed with his sexual identity and the ability to engage in sexual activity, everything is put through that lens.

After leaving, Joseph and I discussed the ongoing need to be real about situations that may arise when Asher returns home. And we brainstormed ways to provide a safe environment for Asher to honestly work through his questions and confusion. But we also spoke of our concerns that Asher may still harbor ideas of pursuing a sexual relationship behind our back.

Then we met with Asher’s probation officer and social worker this past Wednesday, and everything feels like it is falling apart.

Ms. Alberts received Asher’s psycho-sexual evaluation results earlier that morning and read through them before our scheduled meeting for a safety plan check and court-ordered home inspection. She arrived 30 minutes early and quickly got to the point.

The evaluation, similar to the one Asher took when he was first charged, reviews a person’s penchant for misconduct, preoccupation with inappropriate thoughts or fantasies, and points out areas where a reintegrating youth may struggle in the community. According to Ms. Alberts, the evaluation made it clear that Asher continues to hold a plan for immediately seeking out and engaging in sexual relations upon his release. She shared that it also contained concerning admissions of harmful fantasies and rationalizing thought patterns towards his responsibility in the abuse.

“I must admit, I’m very concerned for Asher’s release into the community. I believe it ought to be postponed by at least 30, if not 60 or more days.”

And once again, my world feels like it is falling out from under my feet.

I am lost and battered and so sad. I am weary of this journey and am struggling to believe any good will come of it. And I am angry and hurt that we appear to be facing another instance where Asher snowed us.

I have no idea what our next move is. But if this is the stress that Asher has complained of incessantly, it seems likely that he is not genuine in his desire to reunite and we are back at ground zero with nothing.

One thought on ““Stressed Out””