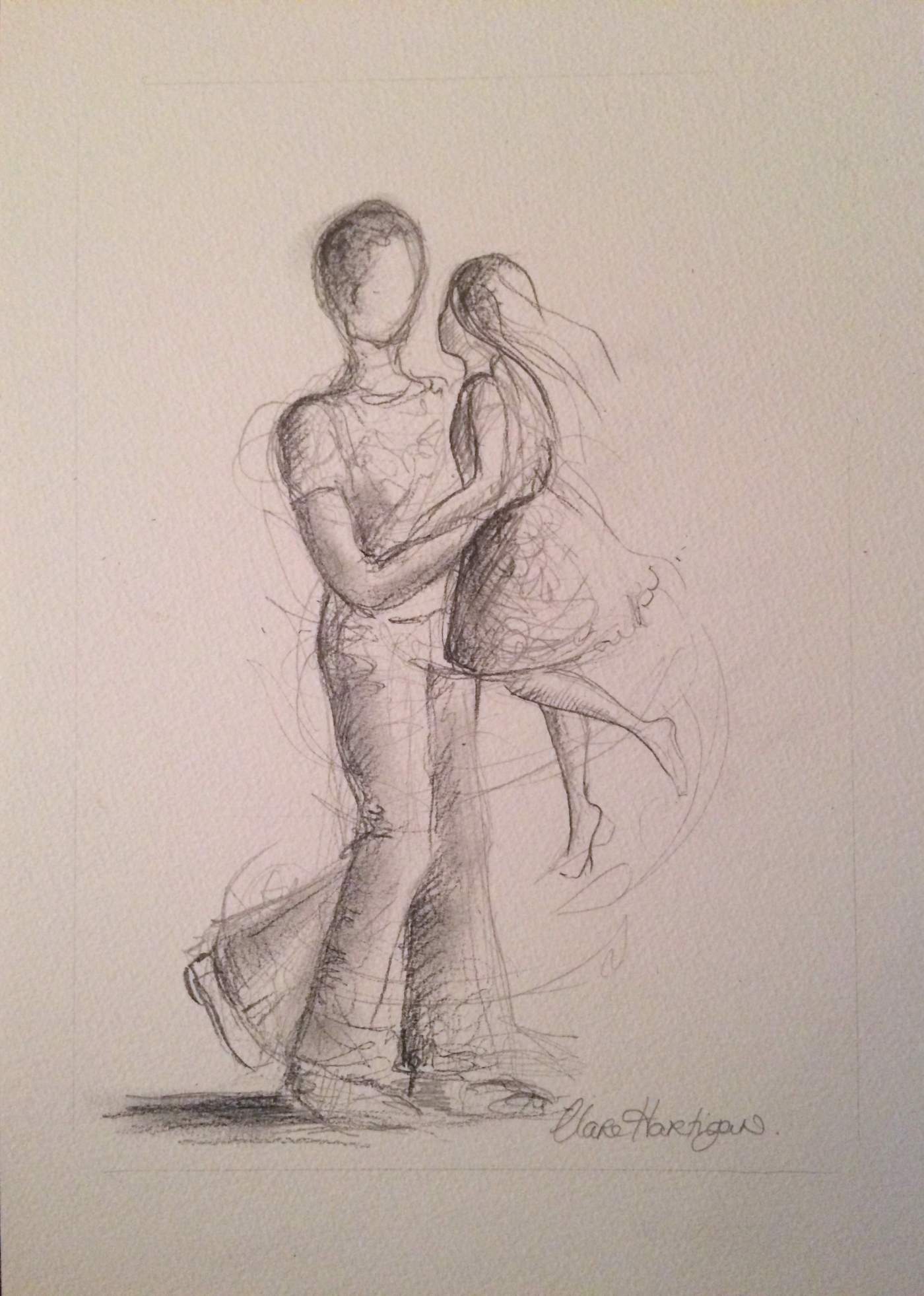 He will wipe away every tear from their eyes, and death shall be no more, neither shall there be mourning, nor crying, nor pain anymore, for the former things have passed away.
-Revelation 21:4

Hope was beside herself with curiosity and delight at the prospect of seeing Asher. She was concerned she would not recognize him and demanded we explain why she would still know that it was him. Obviously, there are no pictures of Asher taken since he left our home, but we were able to assuage her fears by explaining that he still looked a great deal like his portrait. We warned her that he did not sound the same; we also know that 2 and a half years is a ridiculously long time in the life of such a little girl, and she probably has no real memory of his voice with which to compare.

One of the decisions we made at the very beginning of this ordeal was to choose our words around our smallest daughter with care and intention. She will, one day, need to understand the full scope of what Asher did and to whom. But at the moment, that information is not necessary to protect her whereas her inadvertent slip could devastate her siblings. To that end, we told her that Asher was away at boarding school. We also explained that he made some poor choices and hurt his sisters and brother. But we have not gone into detail about his incarceration or sexual abuse. So, when we first told Hope that she would be allowed to meet with her biggest brother, her eyes grew big and she immediately asked, “At boarding school?!”

Getting ready that morning was difficult. Punctuality is not my superpower to begin with, but when it comes to visiting my son, I all but shut down. Unintentionally, I procrastinate, deal with a clumsiness that contributes to poor time-management, and in general loathe the prospect of getting out the door. Not because every time we visit, I am dealing with such difficult emotions but because the whole process of driving to JCF reminds me of this pit. Last Saturday was no exception. But I noticed that Hope, too, was struggling. As I sat to brush her hair into a ponytail, I noticed her eyes glistening with tears. I asked her if she was sad. She shook her head. I asked her if she was happy. She gave a little nod but then looked at me with an expression of absolute confusion.

“I don’t know what I am. But water just keeps coming out of my eyes and I can’t stop it.”

I drew her in and gave her a long hug. I spoke gently about our need to shed tears when we are happy and sad and that today was especially marked by both those “big feelings.” My answer seemed to calm her.

We chatted about a number of inane things on the tedious drive to JCF. When we arrived, I was thankful (all over again) that the facility was once run as a working dairy farm and home for orphans and still carries a tremendous amount of that charm. Our state’s attitude towards juvenile delinquents (which sides heavily on rehabilitation over pure incarceration) means a system of accountability and trust is employed rather than mere bars. The facility has no barbed wire, sliding iron doors, or even fences around certain portions of the grounds; when coupled with its architecture and building layout, it can easily be viewed as a boarding school rather than a jail.

We checked in and then sat, tense with expectation, while Asher was brought up to the front building. Hope stood at the glass door of the lobby waiting to catch her first glimpse as he stomped in from the snow outside. As soon as he opened the door, she ran into his arms and clung to his neck. On Asher’s part, he bent down to initially accept her hug but quickly stood to his nearly 6-foot tall stature and held his baby sister in his arms.

They remained in their embrace for several moments.

My own heart was bursting with a profound mixture of joy, anger, fear, anticipation, and hope. Joseph confirmed that he was feeling much of the same as he stood by my side and watched this scene.

When Asher and Hope finally parted, she immediately grasped his hand and began chatting away about how much she liked his school. She wanted to know all the details of his day and where he actually did his schoolwork. Asher patiently pointed out different buildings we could see through the large windows and explained what he did in each one.

We spent most of our visit in a large room used for board meetings that faced the front and had picturesque views of farmland lightly dusted in snow. Hope brought several of her favorite toys, and Asher tenderly joined her in playing on her own level. Joseph and I marked the difference in his attitude towards Hope as opposed to his interactions with Savannah and Ginny. During those difficult visits, Asher seemed always at the ready to boast about some personal achievement or interrupt to draw attention back to himself. He rarely showed a healthy level of interest if the subject was not focused on him.

Whether our family counseling session the day before affected him, or he simply made a conscious decision to appear more others-focused, he did a genuinely good job of relating to Hope on her terms. He remained invested in her whims and esoteric conversation and they chatted easily about her likes and interests. It was good to see Asher working diligently at putting someone else first.

The visit ended without ceremony. Hope’s attention span was spent and sitting in a single room grew tiresome. Joseph and I were also ready to go. Altogether, we’d spent a little over 2 hours watching these two children of ours interact. Asher asked if Hope would be willing to see him again and she readily agreed. Then she innocently asked, “When are you going to come home?” Asher shot me a look of entreaty but I simply shrugged. He may genuinely be doing better, but I’m still not ready to rescue him from the awkwardness of these tough questions. Hope kept staring at him. “I’m trying to get home soon, Hopie.”

We haven’t visited since last Saturday however, I spoke with Asher a few nights ago. He asked if Hope talked about their time together and sounded excited to hear of the few anecdotes she brought home (his hair was recently cut, and for some inexplicable reason she was especially excited about it). He asked if we would be willing to bring her again, and it felt good that my answer had no reservations when I said we would try.