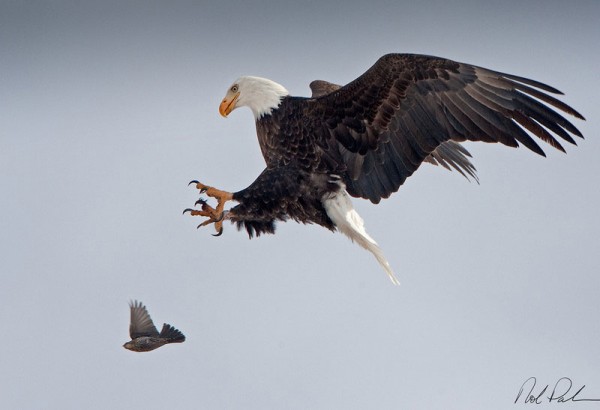 Just use the anatomically correct words for genitalia.

Just create an environment where your children feel safe to speak openly about their concerns with you.

Just ask questions and check-in about their relationships with friends and acquaintances.

Just give your children permission to say, “No” to anyone that makes them feel uncomfortable.

Just openly discuss appropriate and inappropriate touch with your children not once, but often.

These are some of the more popular justs that we hear whenever we speak about protecting children from sexual abuse. We listen to adult survivors of childhood sexual abuse share about ways to protect our own children and they often cite at least one, if not several, of these points. We read books that encapsulate the message of this list. And we swallow a lie that says, “If I just do this, then my children will be safe.”

It just doesn’t work that way.

Now, before you conclude that I am a fatalist, let me assure you that I am not. Neither is Joseph. We, probably much like you, believed that there was real protection in these conversations, and so we relied heavily upon them for a sense of safety. We spoke openly with our children about their bodies. We always used correct names and never ignored questions. We often asked our children about relationships they had with friends, both peers and adults, and reminded them that nobody had the right to touch them in a way that made them feel uncomfortable. We even spoke the names of our own family members during these conversations to clarify what exactly “nobody” meant. We gave our children explicit permission to deny any request by any person that caused them to feel unsafe. From time to time we even asked them, without equivocation, whether anyone had touched them inappropriately. We allowed sleepovers, but only in select settings and only after a certain age.

The tragic irony is that Asher’s abuser was a boy we actually refused to allow him to spend time with because we didn’t like the way he treated Asher. They never spent the night with one another, and they were rarely in each other’s company outside of public places and with other children present. The greater irony is that Georgia, Olivia, and Nathan were abused by their brother who had access to them at all hours of the day and night.

Drake, Asher’s abuser, utilized the cover of bushes, playground equipment, and even an abandoned porta-potty to provide him with the environment he needed to hurt our son. Savannah, Ginny, Asher, Georgia, and sometimes Olivia went to the playground after school hours to play. Drake watched them cross to the school from his own house and followed them. It was there that the vast majority of Asher’s abuse occurred – hidden in plain sight and creating even more demoralizing fear because Drake’s threats appeared accurate. Nobody would stop him.

Georgia, Olivia, and Nathan didn’t even have the chance to find safety in our own home. Asher abused them in their rooms. Nathan feigned sleep, so many times, in a futile attempt to protect himself from his brother’s aggressive and at times violent attacks. Yet, when we asked them if anyone, a-n-y-o-n-e, was hurting them the answer was always an emphatic denial. Still, we kept asking because we read the books that said you needed to have the conversation not just once, but repeatedly.

The simple answer is that I don’t know. It physically hurts me to think of my children enduring this pain without feeling the freedom to come to the people who love them the most. I would like to think that Joseph and I are caring, tender parents who communicate acceptance and safety. And I believe Satan would like nothing more than to see us buy the lie that says they didn’t voice their pain because we weren’t truly available (emotionally, spiritually, physically) enough for them.

But the more complicated, yet far more honest, answer is that Shame is an enemy so strong only God can truly break it.

You see, each time we spoke to our children about appropriate and inappropriate touch, Shame whispered to them that they knew better and therefore it was their fault that they kept letting it happen. Every conversation we had that asked about their friendships caused Shame to ring in their ears that they were already lying to us and if they told the truth now we wouldn’t believe them. Each time we unwittingly encouraged Asher that he deserved friends who were kinder than Drake, Shame laughed and twisted our point to make it appear as though he didn’t actually deserve any better since we didn’t know the truth about what he was already allowing Drake to do. And every apology we required of Georgia or Olivia or Nathan for ways they acted out against Asher gave Shame the chance to alienate us from them.

We thought we were safe from this horrible evil. We were living or lives oblivious that anything dark or sinister was lurking in shadows and taking hold of our children and devouring their innocence. We bought into a false sense of security that because we had the just conversations then we were safe.

It is so very important to me that I speak this clearly: Nothing is a 100% fool-proof protection against sexual abuse. Joseph and I did everything we were supposed to do. Our home is filled with love. We are not abusive or negligent in our parenting. Our home is not dysfunctional or broken. I stay at home and raise our children. Joseph owns his own company that provides for all our needs and the vast majority of our wants. We live in a small town that provides a great deal of safety from crime. We are active members of a community church that preaches the biblical gospel. We did it “right.”

Why do I feel the necessity to go into this apparent defense? Because only a few months ago, I believed that something like this was only possible in homes where neglect, emotional, physical, or spiritual abuse already occurred, and addiction was probably prevalent. I sat in judgement against evil and believed its presence, like Job’s friends, was a clear indicator of God’s presence – or lack thereof. When we do not see that evil is our very great enemy, and that it intends to do us harm, then we are not battle-ready. And when we are not battle-ready then we are not prepared to fight when war is suddenly on our doorstep.

I believe this is one of the greatest reasons for the atrocious ways Jesus’ modern church addresses sexual abuse within its community. We aren’t battle-ready. We can’t believe that the war showed up on our doorstep. This only happens to bad people, therefore it can’t really be happening to me. And just like that, we silence the voice of truth that would allow the gospel of grace to transform and redeem the evil in this present darkness.